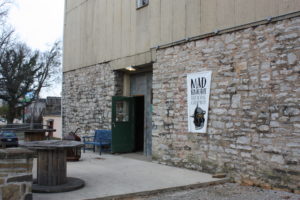 Mad Knight Brewing Company opened it’s doors in April 2017. We like to brew beers we enjoy drinking and hope you enjoy as well. Though our focus is wholesale, we have a medieval atmosphere tasting room, which we love to
host original live music in.

We could not of got this far without you, come try a brew! 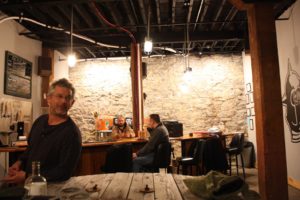 I was born December 5, 1933 and have been homebrewing since the early 90’s. While living in the forest of West Virginia, I worked as a raft guide and spent my spare time making homebrews. In 2004 I got into the established brewing industry since then I have worked for many years brewing and have finally achieved my life long dream of opening my very own brewery.

I am an Artist, Photographer, Fermenter, Cook, Natural Builder, and Gardener dedicated to
sustainable and enjoyable living. I began fermenting at the age of 13 when I encountered a few people
who changed my way of thinking, Patrick Ironwood, David Devechio and Sandor Kats, they were making
Sour Dough Bread. The fermentation fever grabbed hold of me that day. A simple start in bread making
turned a quick turn into anaerobic processes, Sour Krauts, Kimchis, pickles, and as I was still quite
young- alcohol. I decided to buy a house in Chattanooga in the winter of 2013 and could not be happier
working in a brewery like Mad Knight Brewery. As a little girl struck with fermentation fever following a
bubbly, and sometimes explosive path which led me to become a woman who has the freedom to brew is
inspiring.